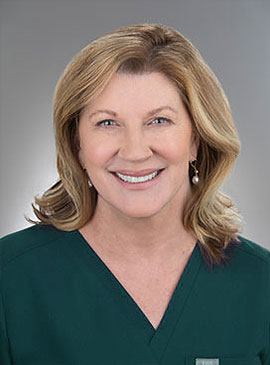 Dr. Suzanne Linsmeier Kilmer is the Founder of the Laser & Skin Surgery Center of Northern California, Clinical Professor at the University of California, Davis and past president of ASLMS. She completed her M.D. degree and dermatology residency at U.C. Davis Medical Center, then moved East for a laser surgery fellowship at Harvard Medical School’s Wellman Laboratories of Photomedicine. She remained at Harvard as a faculty member for two more years, researching the use of Q-switched lasers for treatment of tattoos and pigmented lesions and the rapidly pulsed CO2 lasers now popular for resurfacing.

She lectures annually at national and international dermatology meetings and directs several laser courses. Widely published and on numerous medical advisory boards, Dr. Kilmer has served on the Board of Directors for ASDS and ASLMS, as well as former President and current Secretary for ASLMS. She was honored to be the 2008 Sturge-Weber Foundation roastee, the 2009 recipient of the prestigious ASLMS Ellet Drake lectureship award and the ASDS 2014 Iron Surgeon. Dr. Kilmer was the recipient of three awards in 2020, including the Vic Narurkar MD, Innovations in Aesthetic Dermatology Lectureship. She also received the prestigious Leon Goldman and Caroline & William Mark Memorial Awards for longitudinal excellence throughout her career from ASLMS, marking the first time a doctor has ever received both awards in one year. Per the ASLMS committee, “most times, when the award committee vote results in one person winning more than one award, they opt to pick the runner-up for one of the awards. This year’s committee all agreed that Dr. Kilmer was the most deserved candidate for both.”

When not playing in the electromagnetic spectrum, she loves to ski, surf, and play games with her husband and three children.

I believe healthy skin is beautiful skin! My love for science has driven my commitment to develop innovative techniques and devices. Natural appearing results are extremely technique-dependent and best achieved by combining state-of-the-art technology, a skilled hand, attention to detail, and an aesthetic eye. I truly enjoy getting to know my patients on all levels, and it’s especially gratifying to restore a youthful, natural appearance so patients look and feel their best!

Fill out an online review for Dr. Kilmer on RealSelf